Apology Letter for Mistake: Have you committed some mistake? Are you worried because you have upset someone very important? No worries. Something happens to give us a lesson and to help us in growing. Being a human, we tend to make mistakes and that is absolutely natural. The best way to get you out of such a mistake is simply by accepting it and by apologizing. If a mistake happens for the first or second time then it surely deserves to be forgiven. But, we must remember that there is always a limit and hence apology letter is valuable only at certain genuine times. Here, in this article, we have provided you with a number of articles that will provide you with an idea to write an apology on your own. All you have to do is just making some efforts to read this article and then frame your condition/situation that fit in your apology. Below are given some samples, continue reading and also leave your review.

Some hypothetical situations based samples are provided for your convenience; just follow them to get ideas for framing one letter for your own.

To,
Mr. Michael
Manager at XYZ

I am writing this letter because I have realized my mistake and I am accepting it too. I am extremely sorry that I could not submit the required data within time and because of that we have lost the project from our hands. I understand the losses that our company had to pay and the time you and the rest of the team invested. I am extremely sorry for my irresponsible attitude towards work.

I have also mailed to Mr. X with an attached copy of data and an apology too for being late. I sincerely hope that they would respond and would give the project back to us.

Michael, please understand and accept my apology as it has been the most depressing time for me as well. I will definitely change the habit of procrastination and of assuming things as being done.

I hope you would understand and provide me with some relief. Please let me allow resuming my job too. I would be very obliged to you. I hope to hear from you.

How to write an Apology Letter for Mistake

Some points to keep in mind:

Here's an example of one casual apology that can be used to send for some personal apologies. We hope that you'll find it useful too.

I know that you are extremely angry and annoyed with me. I understand the reason too. But what can I do as I already told you that I have I won't be able to get more leaves and make it to your big day. I am really sorry, again. I must say that you are more important than anything else, but my job is not allowing me.

I promise that I will come to your place in the coming weekend and would meet you soon. I hope that you would understand. You know that I love you so much. Love and kisses to you!

Dear Sir / Ma'am,
This is to inform you that we won't be able to send the required article within the given time duration as the supply chain needs more time to get it deliver. We apologize on the behalf of our company for creating an inconvenience in the middle and denying your placed order to supply.

If anything else is required, please allow us to help you out. For this matter, if you can extend the duration of expectation of your required article, then please let us know. We will surely get your order placed and start with the process immediately.

We hope to hear from you. Have a great day.

Apology Letter to Patient for Mistake

I am writing this letter to you on behalf of my nurse for the negligence she created. I sincerely regret the mistake she committed and let you go through a tough time. I totally understand the depth of mistake she has done and it should not be neglected and therefore we have sent her back for training for a duration of 6 months.

On behalf of my hospital, I'm writing this letter to apologize and to grant you service for free if required..

Apology Letter to Employer for Mistake

Dear Ma'am,
This is to inform you that I have sent the required documents via speed post. I sincerely apologize that I couldn't send them in time and let you wait for them. I hope that you will get them within a day or two. I am extremely sorry for the inconvenience caused. Thank you for being so cooperative. I appreciate your patience.

Please let me know once you receive them.

X [write your name]
[You can also write your profile too]

To,
The Principal
XYZ School
[Write the address in brief]

Respected Sir / Ma'am,
I sincerely regret that I break the rules of our school and didn't obey them. I am extremely sorry sir /Ma'am for bunking the classes and leave the school in the middle of the session. Please provide me with one more chance and grant me permission to resume classes as soon as possible.
I sincerely apologize and promise that this would never be repeated. Please accept my apology.
Thanking you.

Apology Letter for Mistake To Client

Dear Thomas,
I regret to inform you that the data of the X project can't be shared until coming Friday as we are not able to identify the results. Our team is working day night to identify the appreciable amount of results but failing till now. I hope that you would understand the need for more time that we require and will grant is with.

I apologize that we couldn't satisfy you in time. For your convenience, I have shared a brief working strategy that we are following as of now and some of our future plan too.

Please check, and let us know if anything required.

Apology Letter for Mistake at Work to Boss

I am writing this letter to apologize for my behavior last evening. I am extremely sorry that I hurt you by saying bad words and didn't shower a bit of courtesy. I was frustrated with my personal stuff and couldn't hold myself before you. I am extremely sorry for being so unprofessional. I hope that you would understand and forgive me.

I promise that this would never be repeated. I am extremely ashamed that I can't confront you to come and ask for an apology and that is why I am writing this letter. Please consider.

Apology Letter Template for Mistake in PDF and Word Format 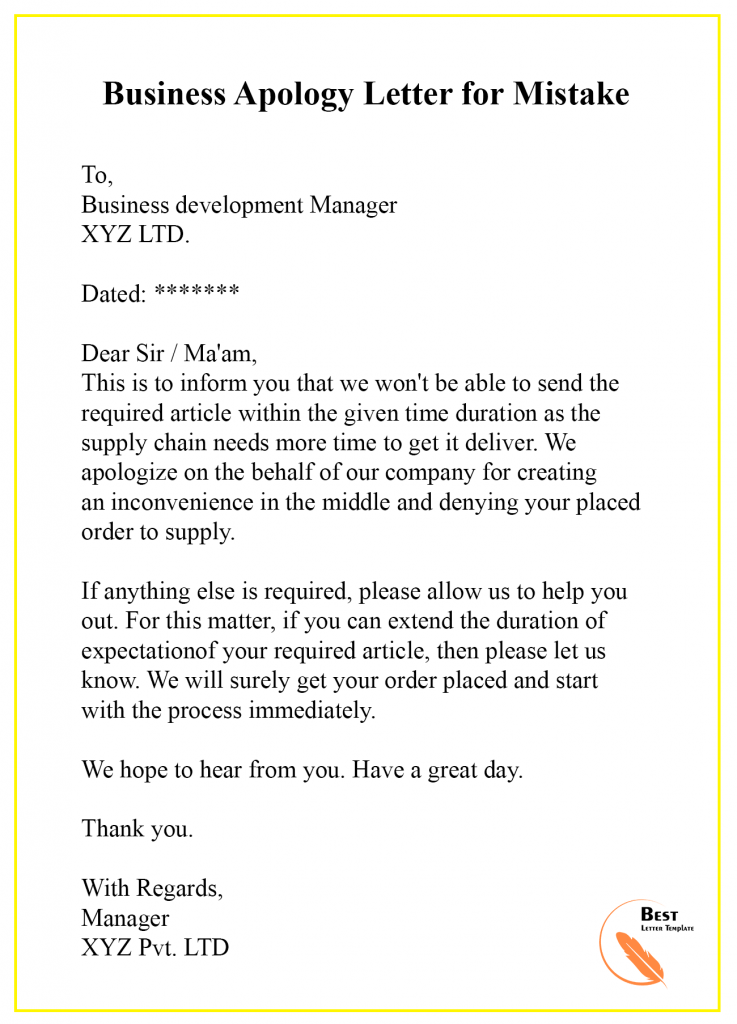 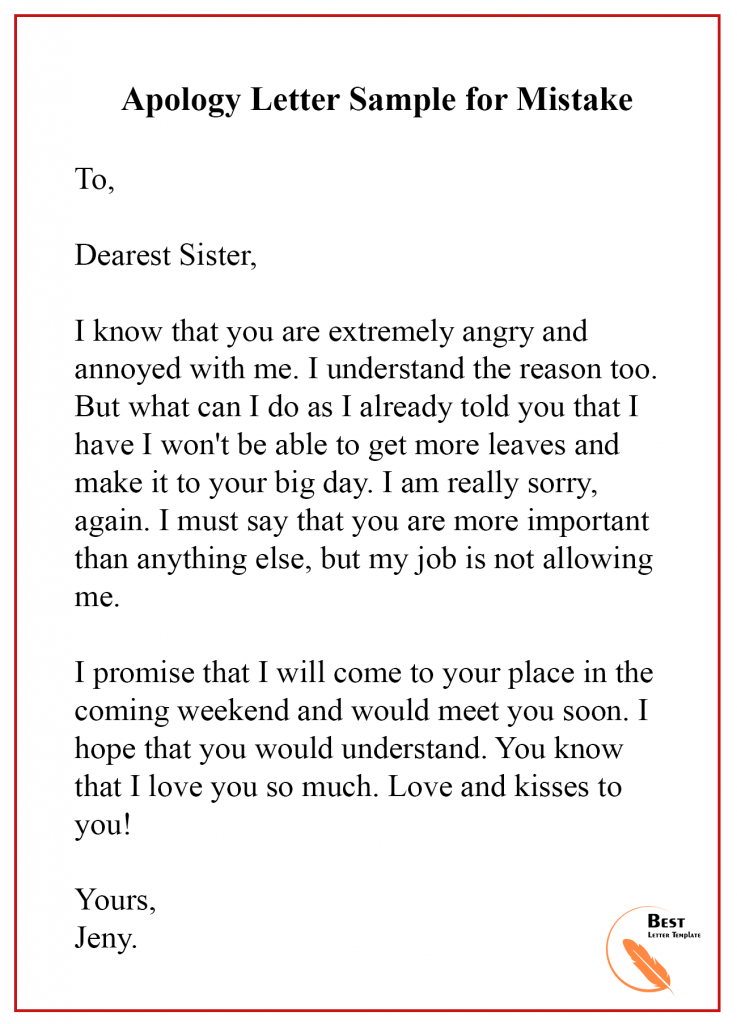 We hope that you found these samples useful and worthy reading. We hope that you will make up the mind of your dear and near ones by writing a nice and convincing letter. We thank you for letting us help you. Thanks a lot. We hope to have you back with us sooner and later. Till then, cheers. Stay happy and blessed!