No one wants to live with any kind of loud and annoying noise as it causes significant inconvenience and discomfort. As a tenant one can go through the scenario of facing the noise issue in the rented apartment for a number of reasons. As a last resort resolution, the tenant can only approach the landlord for the fixation of the noise issue. We are here below providing the sample of the same noise letter from the landlord to the tenant for your reference.

I'm Charlie King who has been living in your rented apartment for approximately a month now. I'm writing this complaint letter to bring the issue of excessive voice coming out of the associated room of your building. I have been facing and enduring this annoying noise for about a month now in the hope of finding my escape from it somehow. At last, after trying to figure out the main cause of the noise issue I'm writing this complaint letter to kindly want you looking in this whole mess. I can't get into the other room of noise origination since the room is locked and I don't have the keys of same. So, I, therefore, request you to kindly make a visit to the apartment and fix this peace-threatening issue asap. I expect your quick and kind cooperation in the issue.

Thanks in Advance
Regards

This is the sample letter of noise from the tenant to landlord however in a similar manner the letter to tenant noise complaint can also take place. Sometimes it's the tenant that causes the excessive and unnecessary noise that may trouble the landlord and the other individuals around.

So, we also urge you to take the look at the noise complaint letter to the tenant sample for your reference.

Dear, Miss Jasmine Holmes I'm writing this formal complaint letter to address the issue of excessive noise that has been coming out of your apartment lately. I want to inform you that this annoying voice is creating the significant inconvenience and discomfort for the other tenants of the building. So, I kindly approach you to keep the extra noise of music well within the control for the systematic coexistence with the neighbours. I expect you to follow the guidelines of society and do your part as a responsible neighbour and citizen.

So, this is how one can easily draft effective tenant complaint letters to address the respective issues. Remember the whole concept of these complaint letters is to resolve the root of any inconvenience between the tenant, landlord, and other neighbours. Feel free to use the sample letters as your own guiding source for drafting the complaint letter. 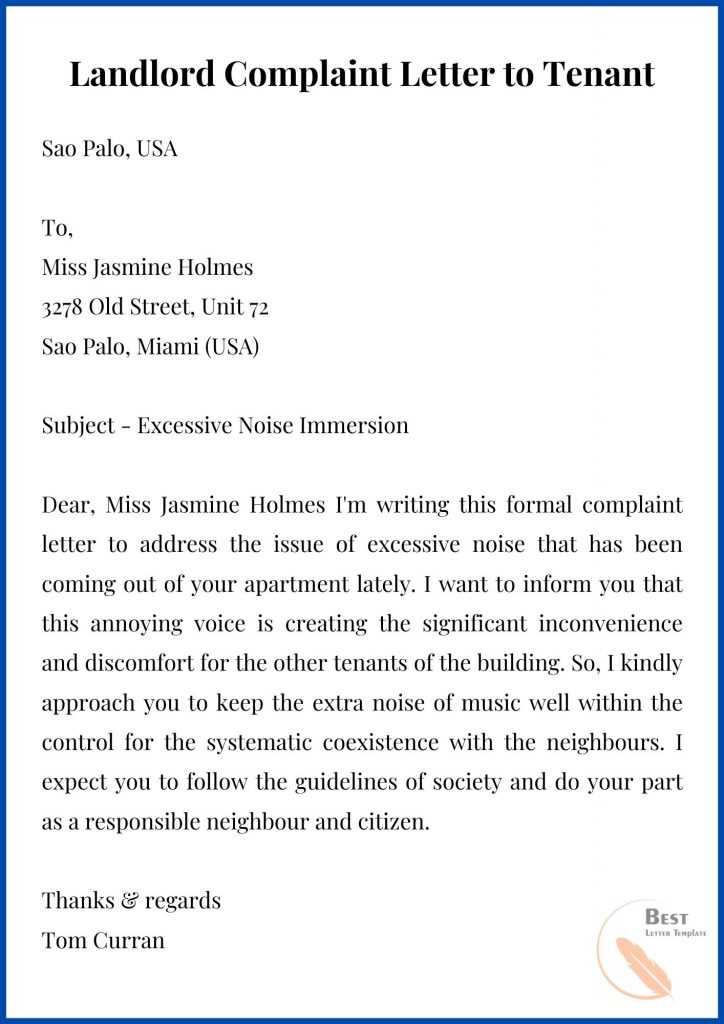 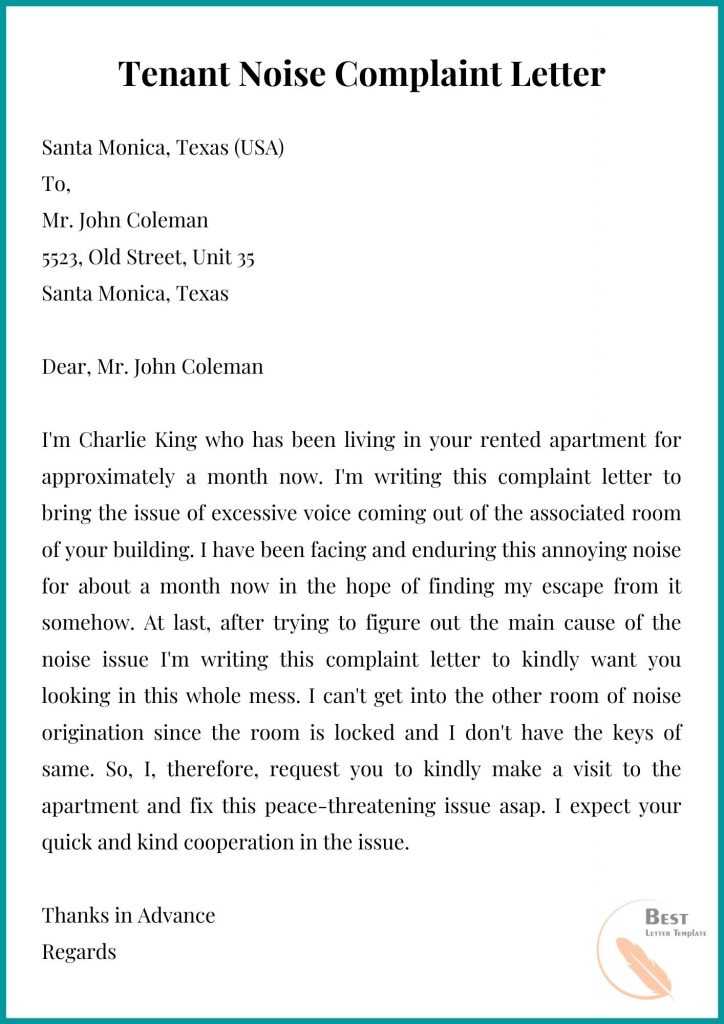