A request letter to the Principal of a school or college is a general but important part of student life. Often it is noticed that parents or students write a letter of request to the principal for several reasons. Sometimes the student falls sick or he needs a duplicate mark sheet. There are other reasons like attending a seminar or going for any excursion, the student seeks approval from the principal. Thus, a request letter should be proposed to the Principal for his/her approval. It helps the student grow in his/her academic life.

Mostly the letter is written by parents or guardians, but if needed, a student can also write this type of letter for request. 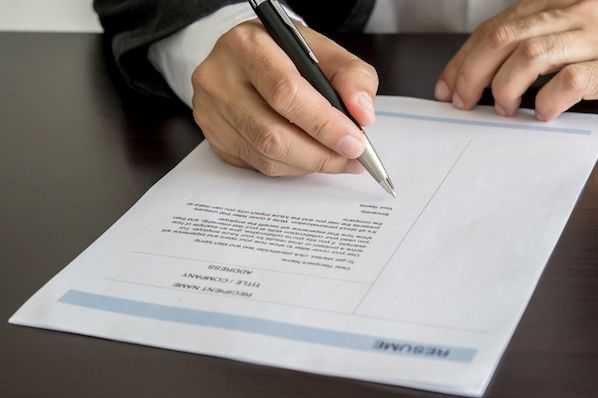 When writing a letter for request, first the Principal should be respectfully addressed. The subject line should be the purpose of this letter.

The writer’s relationship with the student in question should be clearly mentioned and the student details like his name,which class he studies or his roll number will be also mentioned.

Next comes the purpose of the letter. The request should be brief and humble. It should be valid enough for approval. If it is a leave letter for illness, the related documents should be attached.

The letter will be formal and thankful to the Principal. Unnecessary or rude words should be totally ignored in the letter.

Below is an example of this letter written by a patent to a principal for his son’s admission to a school.

Request Letter to Principal for Admission in School

My son Atharv Nair is currently studying in class V in Saraswati Sikhsha Niketan. As I have been transferred to a Gurgaon from Noida, we are planning to seek admission of Atharv to your school, Ryan International, in the coming academic session for class VI. Atharv is a bright student and has been performing quite consistently throughout. He is well prepared for an entrance exam and I am sure he will do well in class.
Please let me know the procedures of admission and whom we can contact for this process. I will be looking forward to your reply.

Your Sincerely,
(Your Signature)
Keefe Sellers

Other than admission request, there are multiple reasons a parent writes a request mail to the Principal. A student may fall sick or go for a tour or for any personal reason, he may need leave.  It is better to be written by the parent for its authenticity.

Letter to Principal from Parent to Request Teacher

This is to state that my daughter, Monika Sharma, studies in class III Roll number 23. She has not been well since a week and after diagnosis, primarily it is identified as Malaria. As advised by the doctor, she is in complete bed rest for two weeks and hence I humbly request you to grant approval for her two weeks leave.
I will co-ordinate will her class teacher, Anu Ma’am for her classes that she is going to miss in this duration.
I will keep you updated about her health. Hopefully, she will join her regular classes from the 25th of September.

Thank you in advance for considering it.

A request for permission can hold so many factors. It may involve some excursion or the student may enroll in some courses or may opt for extra classes in the school itself.  This requires permission from the student and it is better than the letter is written by the student himself instead of his/her parents.

Below is such a letter, where permission is needed from a Principal.

Request Letter to Principal for Permission

My name is Melvin Porter and I am studying in class IX. I am from section A and my roll number is 06. I am writing this letter to seek permission for the upcoming science event, where I was selected among 650 students. This event will take place on Friday,  3rd March during school time and the venue of the event is T. Latrobe.
I will have to miss my regular classes that day and I will be possibly representing our school. Please grant me one day leave and grant permission to attend the event.

Waiting for your prompt reply.

Your Sincerely,
(Your Signature)
Melvin Porter 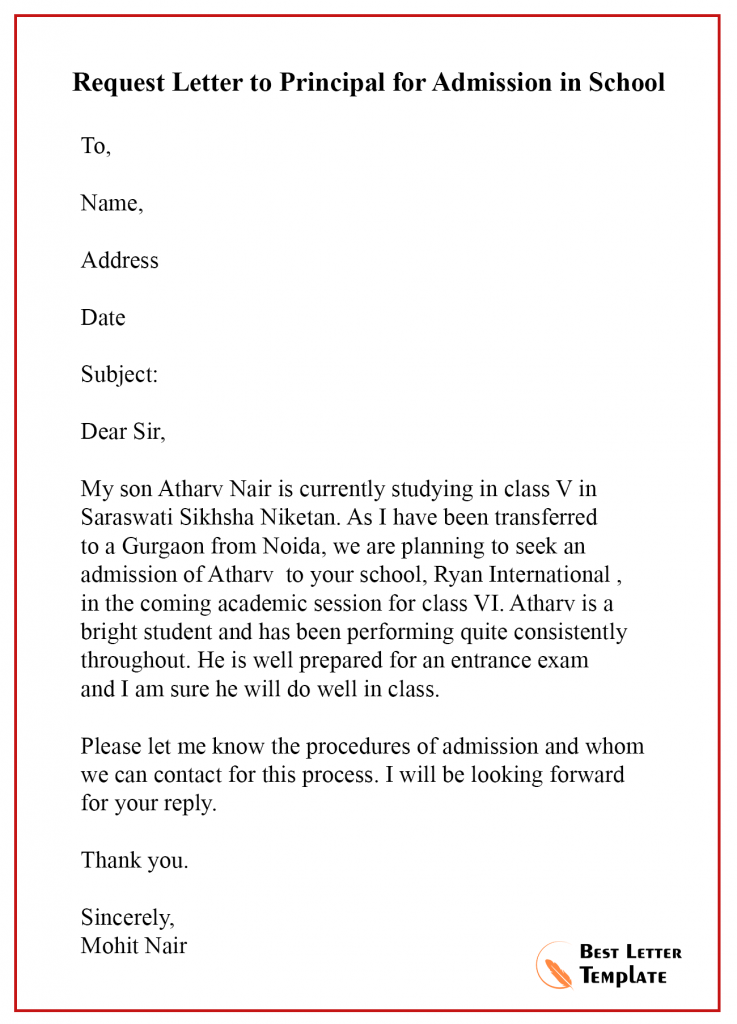