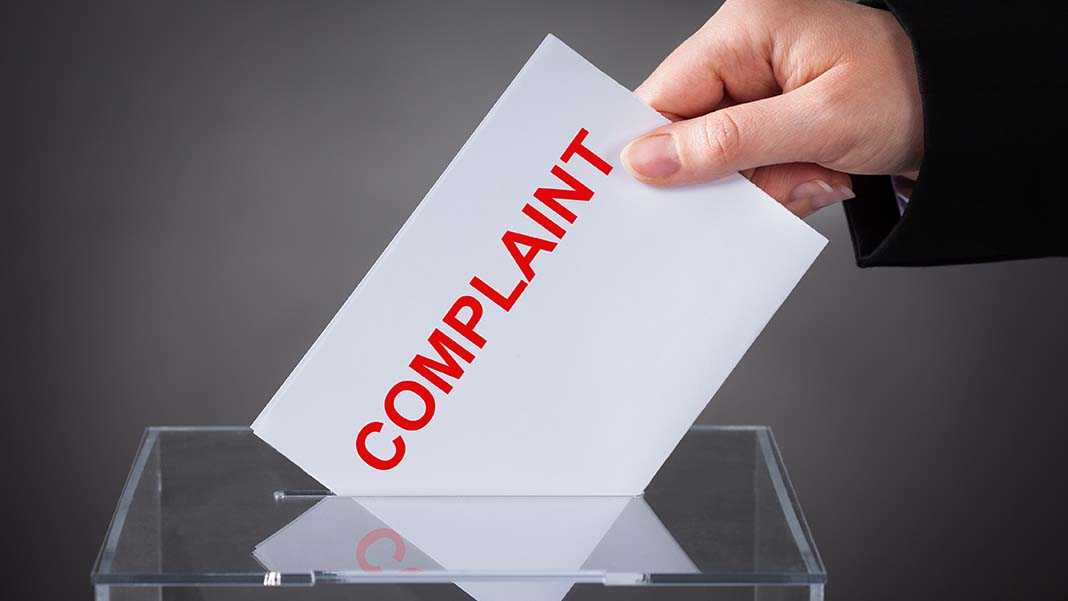 The workplace is the place where the existence of harmony between the employees and management is highly significant. However, often things go opposite, and then it becomes hard for the employees and management to coexist together. There could be issues within the employees instead of employees vs management. Often things go beyond the level of control and it becomes imminent to bring the issue to the notice of the management. This is exactly when writing a complaint letter to HR becomes the wisest thing to do so as to contain the whole scenario at the workplace.

How to Write a Complaint Letter to HR?

Well, as we are aware a manager is one of the significant people at the workplace who manages the company. However, as an employee, you always have the right or freedom to speak and complain even against the manager if it becomes the need of the hour. So, here we are offering the sample of this complaint letter to HR against the manager.

Dear Sir,  I'm writing this formal letter of complaint against our manager named _______ under whom I have been working now for a number of months. Here at the workplace of the company I'm being made the continuous victim of the hostile and life-threatening environment. I have always been one of the most hard-working employees of the company for about a decade now and am proud of my noble work with the company. However, things are changing quite a fast now as I'm being targeted by my manager at the workplace on a continuous day-to-day basis.

The manager has been after me to find the faults in my work which has always been perfect as per the requirement of the company. I understand that this is a deliberate move from the manager to trouble me and ultimately push me to resign. I'm now left with no other option but to plead for help and escape. I wish to continue working with the company but these intimidating and harassing vibes from the management are haunting me. I believe my grievances of the complaint letter would be heard by you. Kindly feel free to reach me out either personally or on the calling platform.

This is the standard example or the sample of HR Complaint Letter as the reference sample for our readers. We believe it will guide them in easily writing the complaint letter to HR. 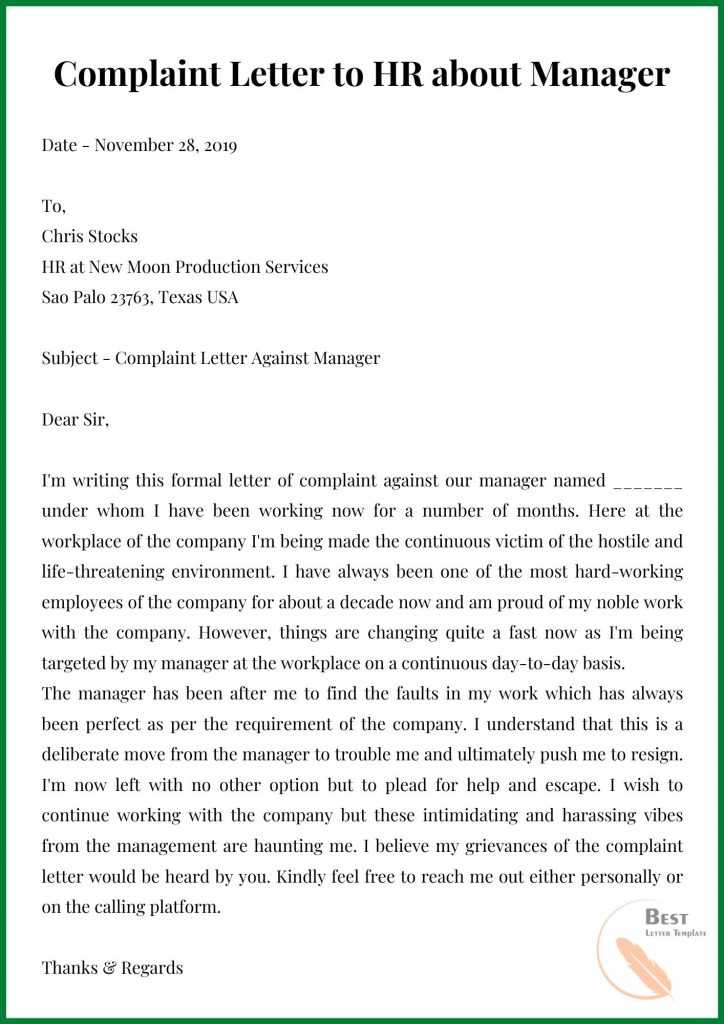