A complaint letter against a judge is the only remedy that can cease the unfair practice of the judge. The judiciary in any country is considered to be the ultimate emblem of justice that serves justice to the countless citizens of the country. However, sometimes the same judiciary gets deviated from its noble's duties in the greed of money and other influences. This is when justice gets blind and turns its eyes off and lets the masses suffer amidst the wrongdoing of the society and system.

Fortunately against every evil, there is always the ray of hope that can demolish the unfair practices of wrongdoing. In the likewise manner as a free citizen of the democratic nation, you can always raise your voice against the unfairness of the judiciary. Here in the article, we are going to guide our readers as to how they can lodge their complaints against the judiciary or the judge.

So, if you are looking forward to lodging a complaint against the judge then this article is going to be worthwhile for you to seek the appropriate guidance for the same.

How to Write a Judge Complaint Letter?

Sample Complaint Letter Against a Judge

Just like a picture is worth a thousand words in a similar manner a sample of a complaint letter is best than all the explanations. Keeping the same in our consideration we are here providing the sample of this complaint letter. You can take a look at this letter to have a decent exposure for yourself.

I'm addressing this letter as the sovereign citizen of this free country to lodge my complaint against the wrongdoing of chief justice _______. I was fighting a trial against me as being accused of the false charges of rape. I challenged the charges against me in the high court with my lawyer. We had sufficient evidence to prove my innocence and we had also produced the same before the judge in the court. However, our pieces of evidence were never appropriate as the judiciary neglected all the evidence.

Throughout the trial, we were never given fairness in the hearing and the judiciary always seemed under the influence of the plaintiff party. Consequently, I ended up as convicted by the Judiciary for a heinous crime that I never committed. I sincerely plead before you to kindly look into the whole matter and save me from the black justice from the blind judiciary. I have enclosed a copy of all the evidence that we produced during the hearing of my case.

This is the sample letter of complaint against the judge of the high court for being under the undue influence of the plaintiff. We believe that this complaint letter would provide our readers with an appropriate exposure to draft their own letter of complaint.

Complaint Letter Against a Judge in PDF & Word 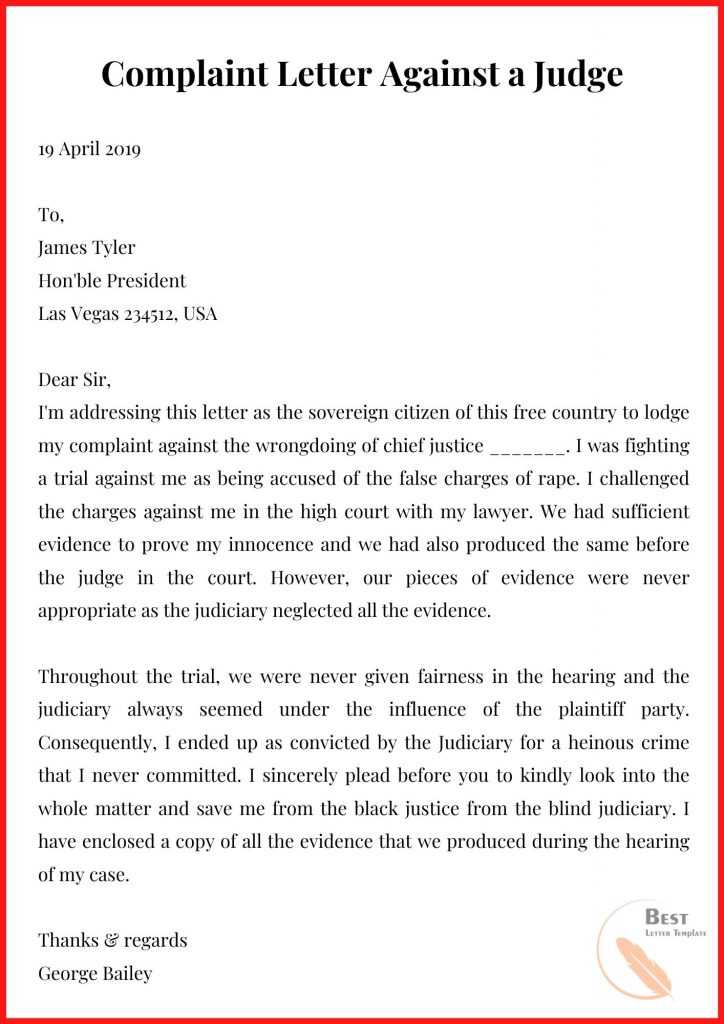 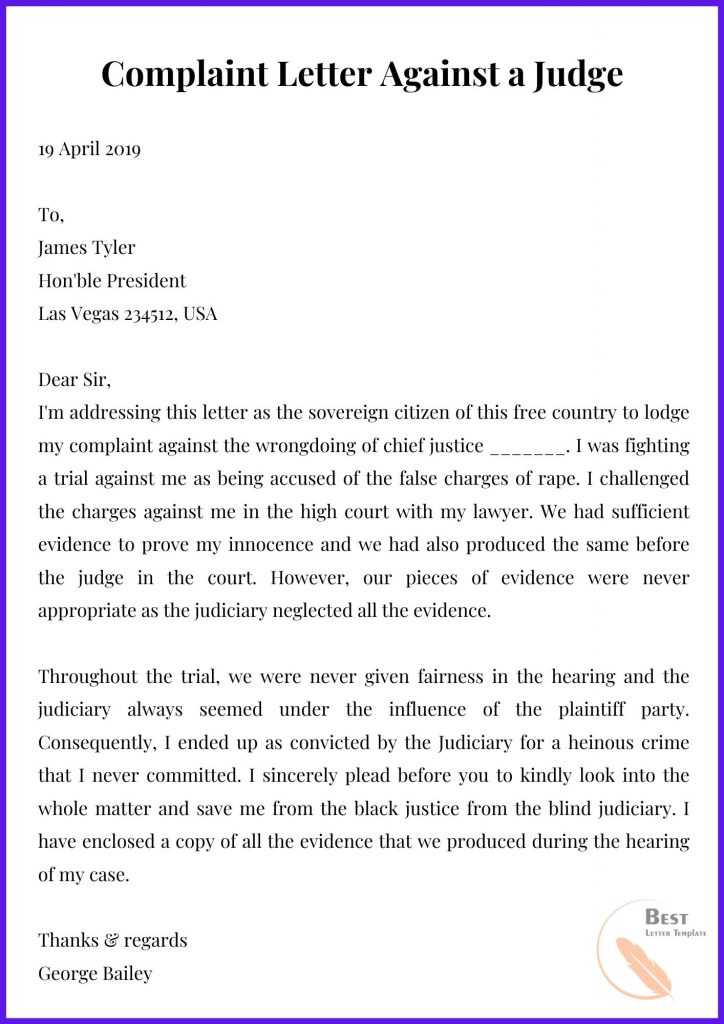