Character Witness Letter: Your colleagues, friends, and other acquaintances are people who know you well and can describe you as a person and a professional. These are the people who can write a character letter for you which you can present at your next company or in matters of the judiciary.

Sometimes it gives us the honor to write such letters for it gives us a chance to describe a person whom we have known for a long time. There are many kinds of character letters that can be written such as a Character Letter for Court during a judicial procedure or a Character Reference Letter for a Friend for a job application in your company. 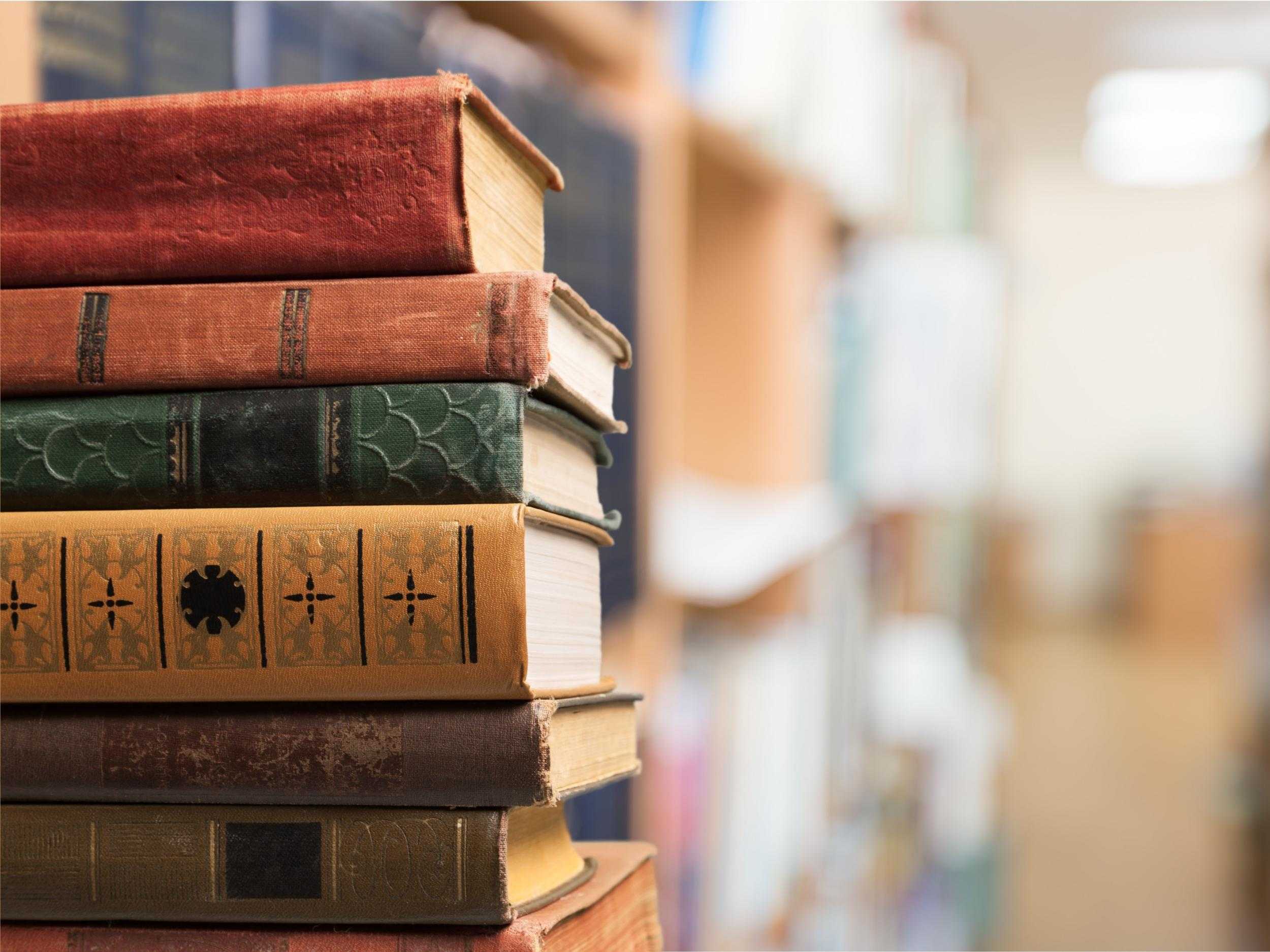 Character Witness Letter acts as a testimony for that individual, and it projects the fact that someone is acting as a witness for him/her.

Format of a Character Witness Letter

You might have come across various instances wherein you might have to write a character witness letter for your acquaintances. Let’s grab some tips and tricks on how you can go about it.

Dear [Name of the person to whom you are writing this letter],

[In the body, the name of your acquaintance should be mentioned in the first line itself. Describe your relationship with him/her and how well you know him/her.
Talk about his achievements and also his/her skills and give instances to prove those skills. Go through the above-mentioned tips to further get an idea on writing such a letter.
Also, mention that you are free to be contacted for any further details.]

Yours sincerely,
[Your Name]

How to write a Character Witness Letter?

If you are writing such a letter, you should keep the letter short and simple by keeping it limited to 2-3 paragraphs. Apart from these, keep these tips in mind:

You got to speak about the experiences that you had with them and how they will be beneficial.

How to write a Character Witness Letter to a Judge?

Among the few Character Witness Letters that are written, such a letter to a Judge in a court is very important. The purpose of such a letter is to speak on behalf of the defendant and plead to the magistrate to impose a minimum sentence on the person on trial. The letter describes his qualities which let him plead not guilty in front of the bench.

While writing such a letter, you should:

After you have written the letter and left the closing remark as suitable evidence for your acquaintance, you should contact the defense attorney who shall make further arrangements for presenting the letter in the court.

The format of the letter should be the same as mentioned before.

Here are some of the examples of Character Witness Letters which can be written by you at any point in your life. Go through these examples before proceeding with one.

My name is Debasish Mallick and am a dear friend of Pravat Kumar. I have known him since childhood, and we grew up in the same locality while attending the same school. We pursued different careers, but we ended up in the same company with different roles in different positions of the same company. Our childhood bonding has always kept us together through rough and tough times.
I am writing this letter to bring to your light the charges that he has been leveled within the past few days and the consequences of those. I was there with him when the entire matter took place and to state that he was the wrong person at the wrong place. The entire event unfolded out of a little misunderstanding from both the sides. His family consists of his mother, wife and his daughter who is just three years old.
He is rightly accused of the things that he did, but I request you to mellow down the punishment as he has already pleaded guilty for the crime that he has committed. He is a true gentleman who is true to these words, and I am sure that he has already moved on.

I sincerely hope that the bench considers this letter on the day of the hearing. I believe that Pravat Kumar is an honorable member of this society and will learn from his wrong-doing.

Thank You.
Yours Sincerely,
Debasish Mallick

I am Rakesh Kumar and the neighbour of Mohan Sinha and have known him from the past 15 years. Mohan and I are college mates. We live in the same community and are involved in the activities of the community on a joint level which involves participating in cleanliness drives and spreading awareness about diseases.
From what I have gathered from these 15 years is that he is a kind and just person. The recent turmoil between him and his wife has affected his 8-year old son, and since the question of the custody of the child arises, I think Mohan is perfectly fit for this role. Both he and his child share a great camaraderie between each other, and I cannot imagine one without the another. His son will be best-taken care of in his hands, and I perfectly believe that he will fulfil all the wishes and needs of his child.
I hope that you look into my application and take care of this and make these two souls united for the rest of their life.

Character Witness Letter to a Judge

I, Suman Joshi, work as a Chartered Accountant with Singh and Associates in Bhubaneswar and have known Vicky Singh for the past ten years. We have been neighbors as well as colleagues. He is very humble and down to earth man and is hardworking and an inspiration for many in the office.
The charges of theft and assault that have been leveled against him seem to be false. It seems to be some conspiracy against this gentleman. He would never do something like this and just that he was at the wrong place at the wrong time and just ran out of luck when he could have just escaped. He has a wife and an ailing mother and these times have been quite tough for them as well, and they are quite shattered.
I demand you to conduct a thorough investigation of this matter because I am sure that this man can be proved non-guilty.
I hope you will consider this letter to this gentleman and take the necessary steps towards acquitting him.

Character Witness Letter for a Friend

I have known Atul Shah for the past five years as he was my classmate during my MBA and I would like to recommend him for the new opening for Marketing Executive position in our company. He is a hard-working professional with an ample amount of experience in the field of marketing. He was a bright student during our college days and has won many awards in various college competition and has also won various accolades for his previous company.
He would be an outstanding addition to our team because I am sure he will bring in his intuitive mind which will result in new and better marketing strategies for our company to implement. He is a complete team player and will fit in very well into the scheme of things.
I hope you pay heed to this letter while selecting someone for this role.

I, Vivek Singh, am sending this letter on behalf of my neighbor and my childhood friend, Sandeep Kumar. He has applied to immigrate to the United States of America. Sandeep and I have been friends since childhood and have attended the same school and also the same college before getting placed in different companies.
He is a true gentleman and is hard-working and has reached great heights in his life with his passion and dedication for different things. He supports a family of 3 which include his mother, his wife, and 12-year old son. He is a man whom I can trust with many things as he has been close to me for ages. His family and mine are attached and share every joy and pain.
He is a fun loving people and joins in for every voluntary work that our society undertakes. The hardworking person that he is, his efforts have finally borne fruits as he is being transferred to the States as a Project Manager for two years. The company understands his value which automatically speaks volumes about his capability and talent as a kind and just human being.
I am sure you will go through this letter properly and consider him as a great asset for this great nation. He will bring true value and a proper sense of judgment and responsibility wherever he goes. You can contact me for further details regarding him.

Thus, these are the ways you can write a Character Witness Letter and conclude some good words about your acquaintances when they need it the most. 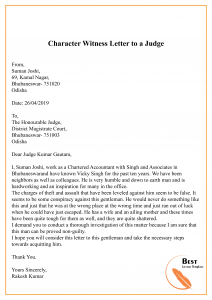